When carrying out UAV (aka drone) commissions I have a number of different workflows depending on the task. For simple aerial imagery capture that workflow is pretty straightforward but when carrying out site surveys there are a lot more factors to consider. In addition the workflow and attention to detail can make a significant difference to the results. Worst case is that you get something wrong which could result in having to re-fly the site, a costly exercise.

A UAV site survey involves using there use of Ground Control Points (GCP's) which enables the outputs to be produced to the required accuracy to British National Grid. Briefly my workflow involves the following;

Whilst this workflow has worked there are always things that could be improved. The lightbulb moment came at this years ESRI User Conference. I was watching a session on using Survey123 and I realised I could capture all the info on site using this app as opposed to using cameras and notebooks. Whilst I had been using another ESRI App, Collector, I hadn't been using it for UAV work. The best bit was that Survey123 was already available via my ArcGIS Online Subscription.

Within a couple of days of the conference I had drafted my first survey forms. I did take few revisions to get it right and I used it for the first time today. The App is accessed via a Smart Phone (iPhone in my case) and allows the easy capture of data using check boxes plus the capture of images and location data. A further advantage is that as data is collected it can be uploaded to the cloud for review later. 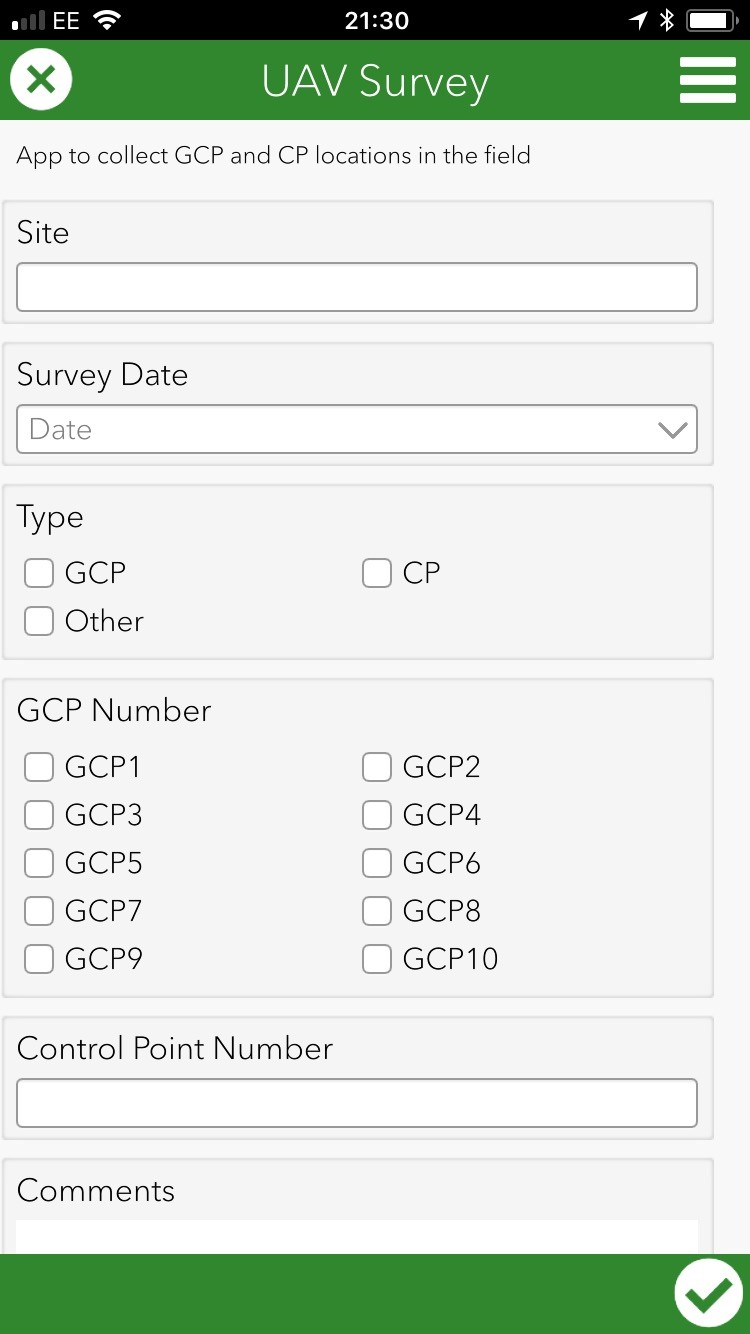 Having used the Survey123 for the time I will make further improvements to the form but the overall experience has been fantastic. This new workflow saves time, collects more data and on one device and saves it to the cloud. Once back in the office having access to the field data in one report quickens the next phase of the process, the processing of the data using Drone2Map.

I guess if I hadn't attended the ESRI User conference I would have found out out about Survey123 eventually but it was a real bonus. The app was sitting there waiting to be used, and right under my nose.