Having owned various multirotor drones for 6 years last September I took the plunge to purchase an Ageagle (Sensefly) eBee X and after 4 months this blog is about how that has gone.

To give some background I have been flying drones since 2015 and up until last year all of them have been multirotor quads and all have been very reliable. Like many operators one drone doesn't tick all the boxes so you land up, in may case with five of them. My work mainly revolves around providing photogrammetry surveys for constuction sites, from greenfield through to completion, "mapping" of farms and roof surveys.

Jobs vary in size from 5ha to 400ha. For survey work there will always be those tight sites when a quad is the best drone for the job. Whilst getting a bit old the DJI Phantom 4 Pro is an absolute workhorse. With a good workflow it is no problem producing consistent results. I did also find that surveying larger sites was not an issue although recognising that they took somewhat longer. Bigger projects have taken two days to fly with a lot of leg work. With these factors in mind I started to look at fixed wing options in 2021 and yes it took me a while to make my mind up.

Without drilling down into the detail I had three drones shortlisted, the eBee X, the Trinity T90 and the Wingtra. All very capable drones and I am sure I would have been more than happy with anyone of the them. Initially I was drawn to the T90 and the Wingtra having the vertical take off capability which has the obvious advantages for sites with constrained landing areas. I needed to balance that against having a Phantom 4 Pro which is ideal for these type of sites. I then set about asking as many people as I could on their experinces with operating these drones and you quickly find there are a lot more eBee's out there than any other fixed wing drone, that says something. Another important factor I needed to take into account was safety. I think pretty much all drones have a good safety record but I got the impression that Sensefly (now AgEagle) were at the time forging ahead with the C ratings and getting approval from various authorities arond the world for the eBee's to overfly built up areas. Another factor which then helped me make the decision was weight and clearly the eBee X has the advantage being only 1.6kg compared with the T90 at 5kg and the Wingtra at 3.7kg. As I saw it the eBee also had an advantage when looking at emerging drone regulations.

At this stage of the "procurement process" in particular I would like to thank Adrian Charters who at the time was working for Quarry Design for his advice. In a former career I used to work with Adrian and along with Adrian Wilkinson there isn't much they don't know about operating drones and they have both T90's and eBee's. I should also add that Richard Gauchwin from Korec who supplied the eBee X is very patient! I saw Richard at numerous trade shows and more than once I was greeted with "have you made your mind up yet?".

So moving to August last year I pressed go and ordered the eBee. I purchased it from Korec and it arrived in a couple of weeks.

At the same time I embarked on getting my GVC training completed and then the flight test. For this I went to James Ixer at Drone Pilot Academy and again thanks for the training, advice and support. With ex forces personnel there is a common theme in that the ones I have met in the "drone world" have been there got the T Shirt and much more. The training course was excellent but even better was the flight test and training that went with it. As with any drone those first few flights are a bit nerve wracking and with the eBee you are throwing (literally) quite a few £££ in the air. Fortunately a friend who farms locally allowed me to get the 2 hours of flying in before the test with plently of wide open fields. As part of the flight test Jim provided a lot of useful information on good operating practices with a fixed wing drone and practical steps to ensure safe operations. Picture here having passed the flight test. 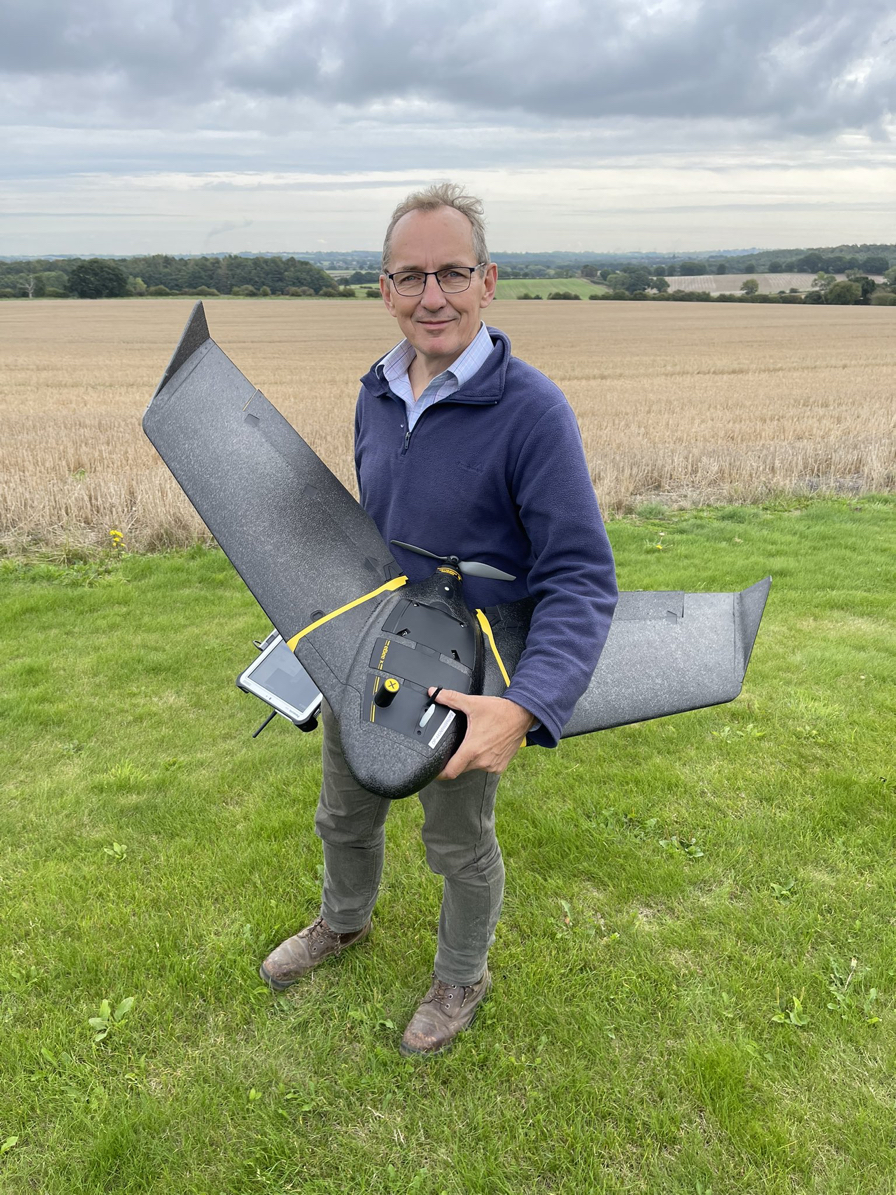 By mid September I was able to put the eBee to use with the first paid job being a 50ha site and volumetric survey. A typical job that would have been two Phantom 4 flights and now a single flight with the eBee. Whilst the RTK is excellent and certainly can save time I still like to secure ground controls and controls points. I do undertake repeat surveys on quite a few construction sites and in these cases I have set up permanent controls which saves capturing them on every visit. Clearly this is a big time saving. For all the surveys I have done the results and outputs have always been consistent. 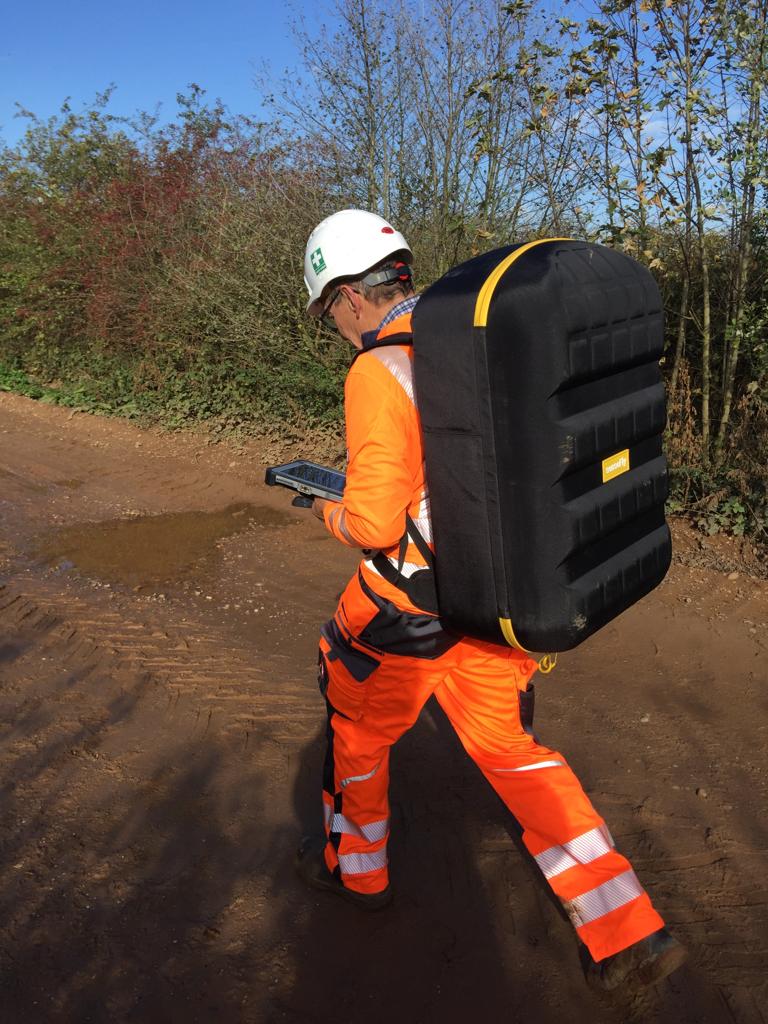 From 4 months of ownership and flying the eBee I have listed the key things that have impressed me;

Downsides -  to be honest struggling to think of any. Not a downside but more down to me is nailing launches when there is no or little wind. Even a slight breeze generates that intial lift but when then is very little wind you have to rely on the eBee generating lift by increasing air speed. I am getting better but more practice required, the eBee needs "positive" throw.

The one issue I have had is with the opertaing tablet I use, a Panasonic Toughbook. Overall very impressed with it, rugged and weather proof, easy to carry around how ever careful attention has to be paid to battery life. I think that whilst eMotion is light on power the aerial does use quite a bit. On one flight where I was carrying out a large survey I took off with about 55% battery on the Toughbook. It was a 25 minute flight. After about 10 minutes the Toughbook battery had fallen to 25% and went rapidly lower. I initiated "land now" and when on the ground it was 9%. Lesson learnt.

This particular survey is part of a project I am undertaking nationally for a client with 20 sites to complete. For the larger sites I work with a colleague, Brendan Geoghegan (Aerial Film), and certainly two drone operators does make a difference. 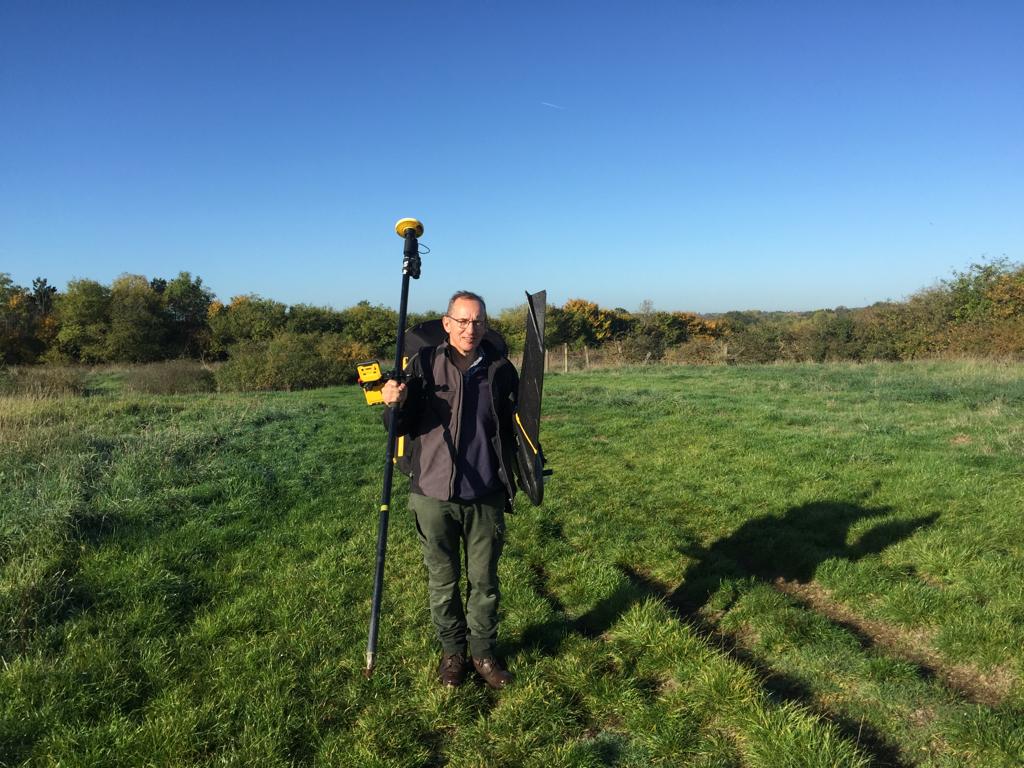 Whilst we split the tasks whilst on site having someone else to hand can be helpful and of course can assist with the flight itself. The eBee X is easy to see and keep track of but another pair of eyes acting as a spotter or observer does make for safe flying. Probably the most bizarre was a paraglider turning up on site without the owners permission, setting up close to where I was flying from and taking off. He had no interest in the drone or any safety factors.

Going forward the eBee X has given me the ability to tackle larger jobs more efficiently and I hope to be able to secure some larger surveys and projects. Whilst the economy has or is stalling there remains an appetitie for drone derived data especilly in the construction sector so I will always be seeking new clients. As with all drone operators we will have to keep an eye on the ever changing regulatory landscape and maybe in time I will need to move to EVLOS and BVLOS.

For the time being I would just wish that these high winds go away.