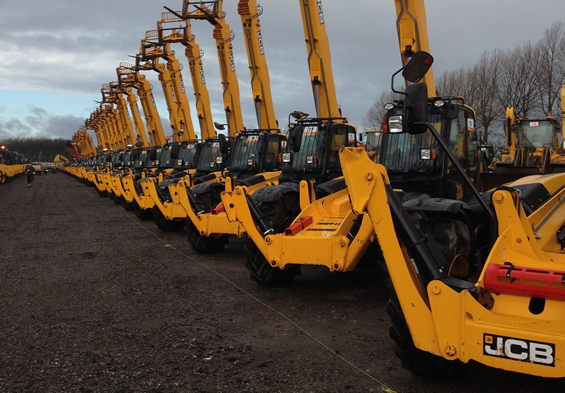 Everything is Somewhere was commissioned by Ritchie Bros Auctioneers to submit a planning application for a site for the sale of heavy plant machinery, tractors and trucks by auction. The Canadian company is the world’s largest auctioneer of industrial equipment and sells hundreds of thousands of assets at its auctions worldwide ever year.

Ritchie Bros selected Donington Park as an ideal location, being centrally located in the UK with excellent logistics and communication links for the Company’s international customer base.

In 2016 an application has been submitted for 8 auctions per annum which is a result of the success of the auction operation. This application should be determined later in the year.

The two pictures show a typlical auction as the lots are bewing prepared ready for viewing. Ritchies Bros have a through and progfessional approach to selling equipment. Every item for sale is research and catalogued with full details. In the bottom picture nore the string being used to ensure that everyhting is lied up correctly.